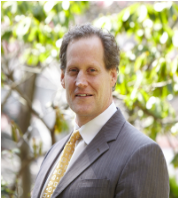 Mr. Kayser is VP of Polarity Partnerships and founder/president of XPERIENCE, LLC formed in 2007, which includes “Kayser Ridge,” a retreat and learning center he built in Berkeley Springs, WV. Mr. Kayser has 25 years of experience in organization development consulting, coaching, and leadership training. He serves as dean of the 2-year Mastery Program in Polarity Thinking and is a keynote speaker on the topic of values and polarity values dynamics for national/global systems, organizations/teams, and leadership competencies. Mr. Kayser is a faculty member at American University’s Master’s in Organization Development and KEY Executive programs and is a coaching fellow for the basic and advanced coaching programs at George Mason’s Center for the Advancement of Well-being. He is an adjunct faculty at The Gestalt Institute of Cleveland and the Federal Executive Institute.

Mr. Kayser has held internal positions as Vice President of Organizational Development and Training for The National Cooperative Bank (NCB), Senior Organization Development Consultant for The Washington Post, and Corporate Manager of Human Resources and Training at The Washington Post Company. Mr. Kayser earned Master’s Degrees in both Human Resources and Organizational Development from American University, holds a PCC designation through the International Coaching Federation, and completed his Coaching training at The Georgetown Executive Leadership Coaching Program in 2007.