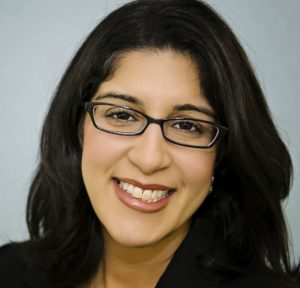 Monisha founded ProInspire to help individuals and organizations achieve their potential for social impact. Monisha brings 15 years of experience in the business and nonprofit sectors. Prior to launching ProInspire, she was a Senior Business Manager for Capital One Financial Corporation. Previously, she was a Harvard Business School Leadership Fellow with ACCION International, a pioneer in the commercial approach to microfinance. Monisha has worked with a number of leading non-profit organizations throughout her career, including CARE, the Initiative for a Competitive Inner City, and the Clinton Foundation. She began her career as a consultant with Arthur Andersen. Monisha has an MBA from Harvard Business School, where she was recipient of the Dean’s Award, and a BBA with distinction from the University of Michigan. She received her Certificate in Leadership Coaching from Georgetown University. Monisha has been published in Stanford Social Innovation Review, the Huffington Post, The Chronicle of Philanthropy, Next Billion, and other publications. She serves as a Board Member for Achieve Mission, a nonprofit human capital advisory organization. She is also an Advisor to Independent Sector’s NGen program and the Talent Philanthropy Project. Monisha has been recognized as a HBS Leadership Fellow, American Express NGen Fellow, National Urban Fellows America’s Leaders of Change, and was named to The Chronicle of Philanthropy’s 40 Under 40 list in January 2016. Outside of work, she enjoys art projects with her young son and daughter, finding easy slow cooker recipes, and walking to work whenever she can.